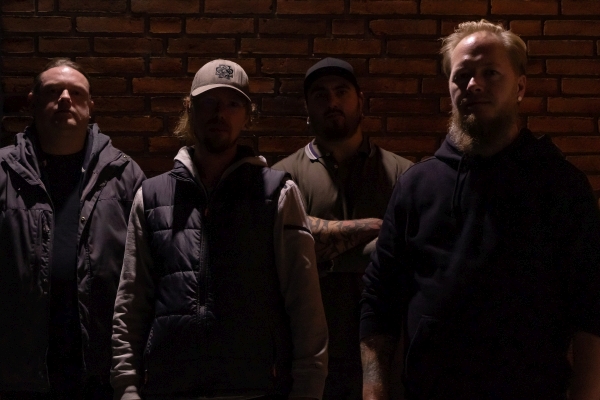 
If you like metalcore with heavy breakdowns you will feel right at home. There is a hint of djent and also elements from progressive metal and death metal.

The band was started by guitarist Martin Rosenberg, drummer Nick Sørensen and guitarist Rasmus Ipsen in 2015. After half a year, in March 2016, they found bass player Jens Christian Nielsen (ex Chrome Shift) and later again, in autumn 2016, singer Niks Frost. Guitarist Martin Vennenstrřm replaced Rasmus in the spring of 2017. In October 2020 Martin Vennenstrřm decided to leave the band and in the August 2021 Steve Schenk became the new guitarist.

They chose the name Posterity because they liked the slightly melancholic ring it has. Perfect for metal music.

Career highlights:
-Early 2019, the band released their first two demo songs.
-On the 13th of April 2019 Posterity played for the first time at High Voltage in Copenhagen.
-Later in 2019 Posterity managed to make it to the semi-finals in the band competition Emergenza.
-In September/October 2020 the band recorded an EP 'Jacta Est Alea' with support from Kodas Cultural Funds. The EP was released 23rd of March 2021.
-On the 17th of September 2021 the band released 'Jacta Est Alea - (Instrumentals)'.

The ambition is to continue playing support gigs locally and also perform at metal festivals around Denmark.

Video for the demo song 'Sleep'. Song mixed and mastered by Rasmus Kristensen: